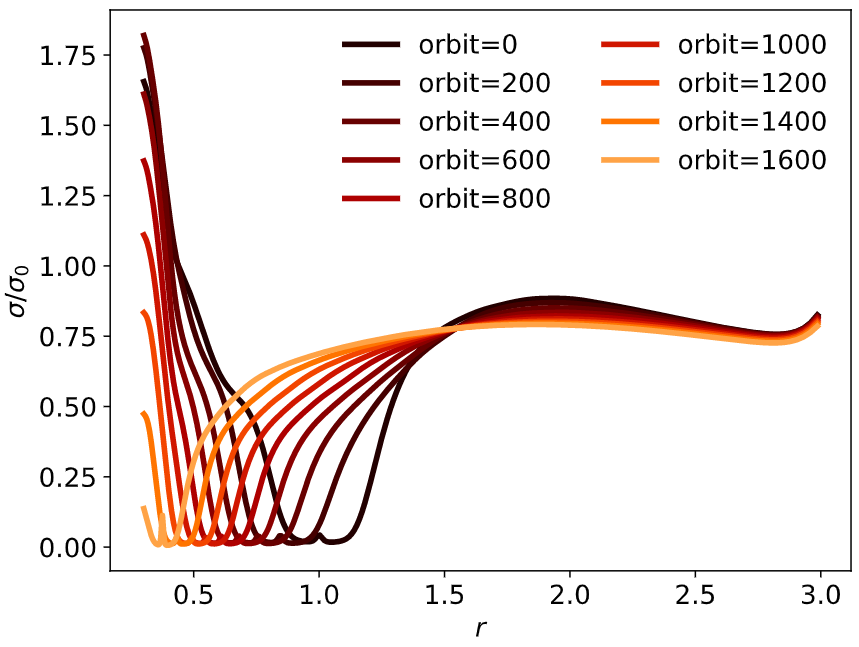 Massive planets should undergo so-called type II migration in which there is a negligible flow of gas between the regions of disc interior/exterior to the planet, yielding a planet speed comparable to that of the gas. However, two recent works using different numerical schemes have demonstrated that there is in fact a significant flow of material between interior and exterior discs even when using parameters that had previously been believed to be firmly in the ‘type II’ regime. Consequently, in these simulations, the planet migration speed is unrelated to the viscous flow speed of the disc. This suggests that the most rapid migration occurs in an initial transient and that the migration rate declines later in the simulation, arguably as a result of the diminished flow across the gap at later stages.

Exploration of this issue requires long timescale simulations with duration of order the viscous time (~105 orbits). We will use the remapping scheme in the FARGO code, that is well equipped to tackle this problem.

Tweets by @@DustbustersA
We use cookies to ensure that we give you the best experience on our website. If you continue to use this site we will assume that you are happy with it.Ok